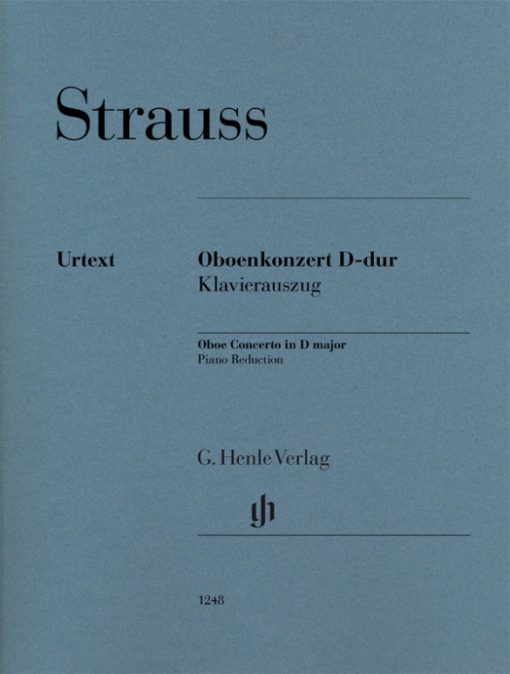 “Oboe Concerto 1945, inspired by an American soldier, (oboist from Chicago)” – was what Richard Strauss noted down. And the oboist and soldier with the American occupation John de Lancie had indeed asked Richard Strauss in May 1945 whether he had ever thought of writing an oboe concerto. Strauss answered in the negative, but soon got to work anyway. In October 1945, he had completed the score in Swiss exile; the premiere took place in Zurich in 1946. Not until 1948 did the first edition appear in London, presumably for the most part without the composer’s involvement, for both the printed score and the orchestral parts exhibit numerous errors. Some of these have been known for a while, though others have only now been discovered by Hansjörg Schellenberger through his exact reconciliation of the autograph full score with the autograph particella. The world-class oboist thus presents this concerto for the first time in a Henle Urtext edition in both full score and piano reduction!